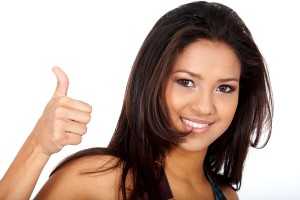 How can a controversial procedure have such high patient satisfaction?

Controversy is often caused by people making bold unsubstantiated statements to stir up a conversation. Cosmetic surgery or any elective procedure has historically had controversy surrounding it. Labiaplasty is no different. And like any controversy created by unproven statistics, there are always proven statistics that tell a completely different story. While labiaplasty may be thought of as controversial by some – it actually has high patient satisfaction. According to the results of an outcomes study that I conducted here at the San Francisco Plastic Surgery & Laser Center between November 2007 and October 2008, a large percentage of my labiaplasty patients were happy with their results.

The study was done on 52 patients over a twelve-month period. This was the total number of patients who underwent labiaplasty at the SF Plastic Surgery & Laser Center during the twelve-month period of the study. All 52 patients were surveyed, and the average patient satisfaction rating with the outcome of the procedure was a 9 out of 10. Nearly all of the 52 patients also reported an improvement in self-esteem as well as body image after the surgery. Their satisfaction with the recovery process was a little lower, but still relatively high: patients gave it an average of 8.25 on a 10-point scale. All 29 patients who answered the follow-up survey one month after surgery said they would recommend the procedure to friends.

To read the full article, head  to SFCosmeticSurgery.com

For more information on the labiaplasty patient satisfaction survey:

If you want to know more about Dr. Usha Rajagopal’s survey described above, feel free to read our press release (which also includes a link to the full results of the study).

If you’re interested in learning more about labiaplasty, or would like to speak with Dr. Usha Rajagopal in person call the San Francisco Plastic Surgery and Laser Center to schedule a consultation today! (415)392-3333