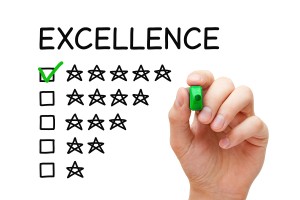 If you were shopping for a trusted lawyer, would you go with one you found on a roadside billboard? If you were looking for an experienced Nanny, would you hire one from a magazine ad? No! Much the same, I would hope that you wouldn’t find a plastic surgeon through fancy advertising.

According to a study published in the January issue of Plastic and Reconstructive Surgery®, patients are less interested in flashy advertising than they are in surgeon experience or personal referrals when they want to find a plastic surgeon.

The study entailed interviewing 150 potential cosmetic plastic surgery patients about the process of picking a plastic surgeon. Not surprisingly, the patients overwhelmingly stated that the absolute most important deciding factor for them, was the surgeon’s experience. Also important was how they found out about the doctor. The majority of the patients preferred personal referrals, and were actually turned off by any advertising.

To find out more details about what the study found, read the full article HERE.

These results are comforting. It’s good to know that people are taking the process of finding the right doctor seriously. Just as you would test drive a car before buying, anyone considering cosmetic surgery should take potential surgeons for a test drive. Don’t be shy. The Bay Area has a lot to offer. You want to make sure you find a plastic surgeon you are confident in and comfortable with. Meet with a number of doctors. Ask questions and reach out to their past patients if possible.

Find a Plastic Surgeon in The San Francisco Bay Area:

If you are looking for a plastic surgeon, Dr. Usha Rajagopal has more than 20 years of experience. She would be more than happy to meet with you and can provide a number of testimonials from very happy patients. If you’d like to learn more or to set up a consultation, contact the San Francisco Plastic Surgery and Laser Center at (415)392-3333.

As a leading plastic surgeon with more than twenty years of experience in the San Francisco Bay Area, I couldn’t help but be intrigued when I came across an article that ranks San Francisco as America’s vainest city. That’s right, according to findings by the Daily Beast, our beautiful little city by the bay is more into their looks than any other city in the nation.

I of course wanted to know more about this study. What do they mean by “vainest”? What criteria did they use to determine their results? What other American cities did they consider vain?

In the article “America’s Vainest Cities” surveyors used the combination of body mass index (BMI) figures and spending on “personal care” to determine their rankings. Personal care could mean anything from gym memberships to expenditures on beauty products. What they found, is that San Franciscans on a whole have a small BMI and are willing to spend big bucks to look as good as they do. 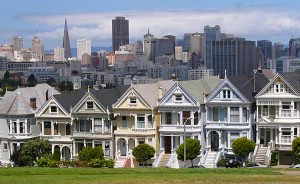 According to results published by the Daily Beast, the top 5 most vain cities are:

To find out more and see the whole list of America’s 20 Vainest Cities, read the full article HERE. 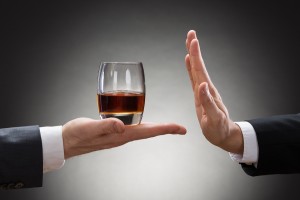 Having a glass of wine, a beer, or a cocktail with friends is something lots of people enjoy. It’s a great way to socialize or relax and unwind. However, if you’re planning on undergoing a plastic surgery procedure, it’s a habit you should give up in the weeks prior to your surgery. Here’s why drinking alcohol and plastic surgery can be hazardous for your body.

In a previous blog post I talked about cigarettes and nicotine being a vasoconstrictor that causes your blood vessels to constrict or close up. Alcohol is the flip flip side.  Alcohol is a vasodilator. Vasodilators cause your blood vessels to open up and flood your surface tissues.  This is bad for two reasons: 1)  this process takes blood away from your vital organs (like your brain and heart), and 2) it causes your body to swell. You’ll be swollen enough after surgery without adding to it with booze!

Another negative aspect of alcohol before plastic surgery is that it affects your blood platelets and causes them to be less active. Less active platelets means your blood won’t coagulate. This makes it difficult for your body to heal and  puts you at a higher risk for postoperative bleeding. Avoiding alcohol will help give you a better chance at a quick recovery.

Alcohol is also a diuretic (it make you need to pee more often than you should) which can lead to dehydration. Dehydration is big reason you don’t feel well when you’re hungover. Your body will already be dehydrated post surgery and adding any amount of alcohol to your body prior to your procedure could lead to discomfort post-operation.

Click on the highlighted links below to get more info about plastic surgery at sfcosmeticsurgery.com 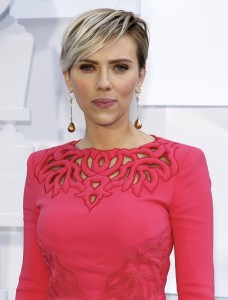 Plastic surgery hasn’t always been painted in a good light. Celebrities have notoriously received negative attention if they were believed to have any cosmetic work done. Times they are a changing. Recently, more Hollywood stars are coming out to the media about plastic surgery procedures they’re having done. With that, more people are starting to accept the notion that plastic surgery has many positive benefits after all.

With the help of Hollywood celebrities, and the cosmetic surgery awareness they’re building, more people are feeling supported in their decision to have any work done. Mothers, for instance, are increasingly considering mommy makeovers. At the San Francisco Plastic Surgery and Laser Center, Dr. Usha Rajagopal performs a number of Mommy Makeover procedures. With more than 20 years of experience, she is one of the premiere plastic surgeons in the San Francisco Bay Area.

The San Francisco Plastic Surgery and Laser Center is made up of an all female staff, whom love that society is more accepting of fuller figured women. Brazilian butt lifts are among the most popular procedures that Dr. Usha performs. Instead of butt implants, she uses this technique to create a more natural appearance.

Voluptuous and talented actress, Scarlett Johansson has recently told Marie Claire – 2015 that she definitely believes in cosmetic surgery. Johansson is a great example of an intelligent and beautiful individual who has spoken up in plastic surgery’s defense and we applaud her for her honesty.

Hollywood stunner and comedic actress, Sophia Vergara openly supports cosmetic surgery. Vergara has told Redbook that in the future she might see what procedures could benefit her as she ages. We admire Vergara’s broad-mindedness and the fact that she recognizes the potential benefits of plastic surgery. 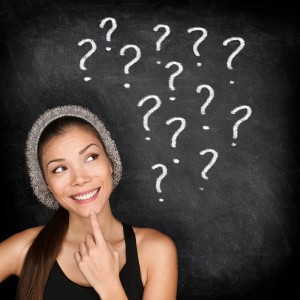 Anyone thinking about plastic surgery probably has a ton of questions weighing on their minds. Is it right for me? Should I go through with it? What risks might be involved? How can my life change for the better? Where do I find a doctor? There’s so much one should consider before going through with any cosmetic procedure. There’s so much unknown involved. Plus there’s the figuring out all the logistical details, beginning with where and how to find the right doctor. Patients considering plastic surgery can feel very overwhelmed, but you don’t have to. There are plenty of online sources to help. Here’s a great article I found on smartbeautyguide.com by Mary Cunningham offering a few great suggestions for where to even begin with all your questions.

Here are Mary’s tips for anyone considering plastic surgery:

3. Adopt healthy habits. No time to start like the present!

Head to smartbeautyguide.com to read the full article, and find out more details of Mary’s suggestions.

Like Mary suggests, I fully believe it is important for anyone considering plastic surgery to truly know what they’re getting themselves into. Fortunately, cosmetic plastic surgery is an elective surgery, meaning you have time to figure everything out. Don’t rush into anything. Take your time and allow yourself to get fully prepared both mentally and physically. Like Mary said, the first and most important step is to find the right doctor. The right doctor, should be able to answer all your questions, and explain the procedure, the recovery, and any potential risks in full. Chose a doctor your feel comfortable with and whom you feel listens to you.

Click HERE to learn more about the procedures offered by Dr. Usha Rajagopal at the San Francisco Plastic Surgery and Laser Center

Choosing a plastic surgeon can feel like an impossibly daunting task, but it doesn’t have to be. The most important part of finding the right doctor, is finding one that makes you feel comfortable. You should be confident in their abilities and happy with his or her “bedside manner” or rapport. But how do you begin? What should you look for in a plastic surgeon? I found this How to Choose a Plastic Surgeon article at smartbeautyguide.com to help make your search for the right doctor a little easier.

Top 10 Qualities to look for in a Plastic Surgeon 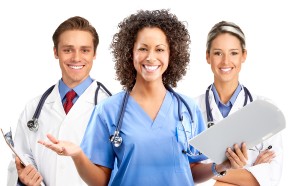 1. Board Certification
A doctor’s board-certification is the best indicator of his or her training in a particular medical or surgical specialty.
2. ASAPS Membership
American Society for Aesthetic Plastic Surgery (ASAPS) membership is by invitation only.
3. Experience
Patients should ask about the surgeon’s experience with the particular procedure being considered.
4. Facility Accreditation
Make sure your procedure will be performed in an accredited surgical facility.
5. Hospital Privileges
Be sure the surgeon has operating privileges in an accredited hospital for the same procedure being considered.
6. Reliable References
Asking your primary care doctor or a friend for recommendations is a good place to start, but the surgeon’s board-certification should always be verified independently by contacting the American Board of Plastic Surgery (www.abplsurg.org).
7. Thoroughness
The consultation is an important opportunity for questions to be asked and answered. It should include a candid discussion of risks as well as benefits of the surgery.
8. Rapport
Even the most experienced surgeon is not the “right” surgeon for every patient.
9. Follow-up Care
For most surgeries, plastic surgeons want to see the results and monitor your progress.
10. Reasonable Cost
National averages for surgeons’ fees can be found here.

Hopefully these 10 bullet points have helped you understand what you should be searching for and will ultimately help you find the right plastic surgeon. For more details on these 10 tips, read the full article HERE.

It is important to keep in mind that only YOU know how to choose a plastic surgeon that is right for YOU. Cosmetic surgery is an elective surgery, so you have no reason to rush into anything. Take your time finding the doctor that makes you feel the most comfortable. Don’t be shy. Ask for referrals. Meet a few different surgeons in preliminary consultations. Ask lots of  questions. Get to know the doctor and their experience. Most of all, don’t settle.  Shop around until you find a doctor whom can offer exactly what you want.

These following links can help you with your research: